GOSSIPNEWS TO THE RISING SUN
More
HomeEntertainment
August 22, 2019 2:55 am EDT

American Factory: Barack & Michelle Obama’s first ever Netflix Deal has officially Begun!! Checkout for What, Who and When?

The American Factory, an eye-opening documentary is a part of Barak Obama’s and Michelle Obama’s first massive Netflix Deal. The American Factory made its debut on August 21, 2019. The documentary is about the opening of a Chinese auto glass factory in Ohio. There were culture Clash issues that ensured took home the U.S. Documentary Directing Prize at this year’s Sundance Film Festival. And the most interesting part for both of them, Julia Reichert and Steven Bognar was about Barak and Michelle Obama. 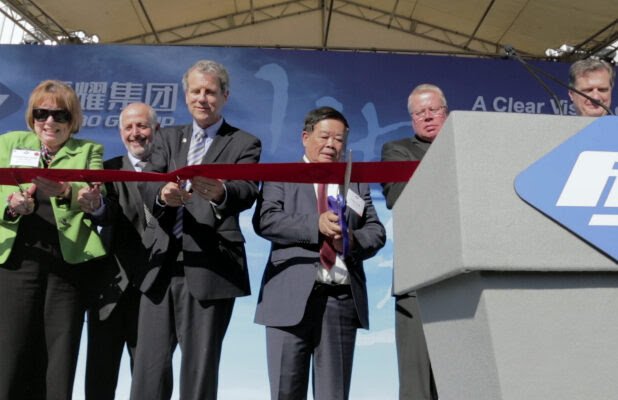 Reichert admits that they were astonished to hear the news and were really very excited to carry on with the work with the both of them. He got to know about the news just before the debut of American Factory on August 21 on Netflix and New York City’s IFC Centre. He told that they were huge fans of them and they had worked really very hard for the first election and then would do their best in the second one too.

Obama’s Higher Ground Production would first release the American Factory, which is in partnership with Netflix. Bognar expressed that it was very surprising and unexpected for them to work with the two and that fact of working with the kind of blew him up. This non-fiction tale is with such political timeliness that it was very obvious to say that the Obama’s would be interested in working in the team as members.

Reichert says that they had heard at the meeting that the First Lady is in fact related to the film because she is really from a working-class background. He expressed them in his own words and said that they both have come up from a very humble background and that the President also fits into that character very well. Bognar also stated that it describes and draw out the character outline of the former commander-in-chief.