All you want to know about the Amazon Prime’s ‘Carnival Row’ Season 2: Release Date, Cast and Plot

The exciting mythological series Carnival Row has been renewed for a second season for which production is going on. 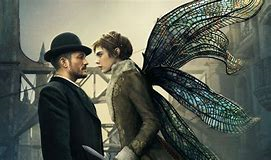 Carnival Row is a web television series of America. The series is a neo-noir urban fantasy political series based on Travis Beacham’s film script “A Killing on Carnival Row.” It was originally premiered on August 30, 2019, on Amazon Prime Video. The series was adapted and created into series by Rene Echevarria and Travis Beacham. Till now, the series consists of only one season with eight episodes.

The series was renewed for a second season in July 2019. Till now, no official date for the release of the second season has been announced, but it is expected to be released around the late 2020s or beginning of 2021. Filming for the same began in November 2019. As of now, no trailer or sneak peek has been released as the series is in production. 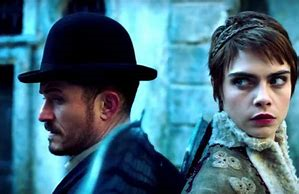 The second season will be returned with the original casts which include Orlando Bloom as Rycroft Philostrate, Cara Delevingne as Vignette Stonemoss, Simon McBurney as Runyon Millworthy, Tamzin Merchant as Imogen Spurnrose, David Gyasi as Argeus Astrayon, Andrew Gower as Erza Spurnrose, Karla Crome as Tourmaline Larou, Arty Froushan as Jonah Breakspear, Indira Varma as Piety Breakspear and Jarred Harris as Absalom Breakspear. It is yet to be seen if the new cast is included in Season 2, but it is rumored that Katy Perry will star in season 2.

Carnival row series is set in a Victorian-style known as The Burg in which fight between human and non-human creatures are shown. The main protagonist of the series, who is a half-human with a half heart, struggles to hide his true nature. Season 2 is expected to see a battle between Fae and the union of Sophie Longreben and Joanna Brexpere’s for freedom.

Eliza Gonzalez Reyna, Mexican actress and singer revealed something about herself on Jimmy Kimmel Live recently. Let's go through more details about it on...
Read more