After the power-pack performance, Selena Gomez Got Matching Tattoos To Solidify Her Friendship With Julia Michaels! Details Given Below. 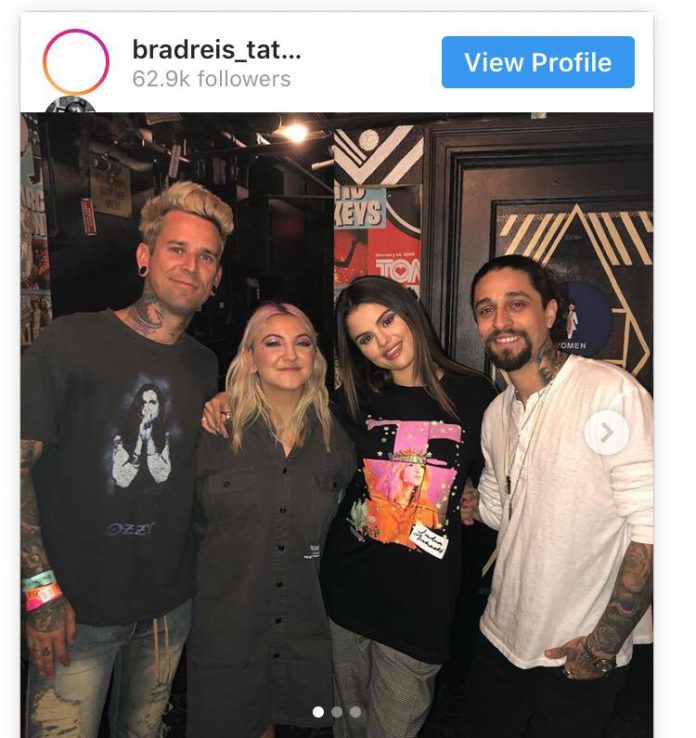 It seems like after the controversy Selena Gomez created after her latest song, she is enjoying her single life to the fullest! Recently, she went to a concert and well left a mark behind it!

Why This Sudden Idea Of Getting Inked?

Recently, the pop star made an appearance at a Julia Michaels concert at the Fonda Theatre at Los Angeles, California. After the frequent collaborators performed Anxiety together, they shared a friendly hug and kisses on stage. After the power-packed performance both the artist headed backstage. To make their friendship all the more solid they both got matching tattoos from artists London Reese and Brad Reis.

Although the designs are not disclosed yet, it seems like they both got small tattoos in the base of their thumb. They both held hands while the talented tattoo artist worked their magic. Selena Gomez has quite some tattoos inked on her body. The tattoos range from the alphabet G to the word Sunshine. She also has a semicolon inked because of mental health awareness.

On the other hand, Michaels’s body is full of colorful tattoos that range from snakes to hearts to diamonds and more. Julia has earlier worked with Selena on several songs. She has often written songs and provided vocals as well for songs like Bad Liar, Hands To Myself.

It is not the first time Selena got matching tattoos with a fellow friend to solidify their friendship as well as all the years of working together. Earlier this year she and three of her closest pals got matching tattoos of the number 4 to represent their close-knit group. Two of her 13 Reasons Why cast got the same Semicolon tat to support Selena. This is what we call strong bonds of friendship that we get to see.

Previous article
Supernatural star Misha Collins is a multi-tasker ! He speaks about Castiel’s journey in the series and his new cookbook!!
Next article
Gerard Butler’s “Angel has fallen” is ready to entertain everyone of digital device!!