After Split, Why Miley and Cody Still Talking about Liam? Liam Hemsworth is a big part of Miley’s life but are they still associated? 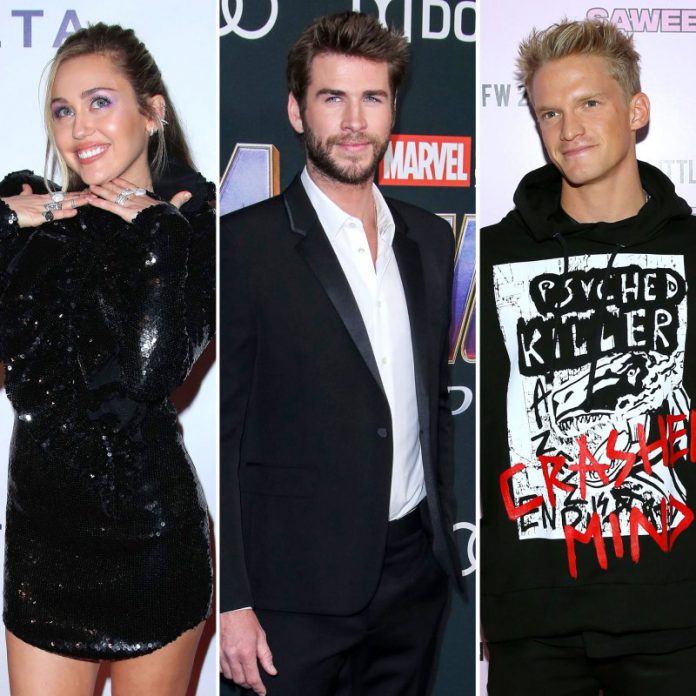 Miley and Liam parted ways in August, but since then, the drama never stopped between them. After her split, she dated immediately dated Kaitlynn Carter for a short duration. Within no time, she informed everyone about her new love interest Cody Simpson. Since they have been together, people look interested in whatever they do or say.

Recently New beau Cody Simpson talked about his love life with Miley. “I’m very, very, very romantic,” the singer told the Australian Kylie & Jackie O radio show hosts on Tuesday. “She’d talked about how she hadn’t had that kind of experience in a relationship before.” with this statement, he hinted towards Liam.

Cody And Miley, the new Beau!!

Cody and Miley are in the news for quite some time. Being in love is a beautiful feeling. Cody proved it by dedicating a song to Miley.

He expressed his happiness while being with Miley and how they both respect each other’s space.

Miley also never left behind in expressing her feeling about the issues she faced. On her recent Insta update, she conveyed, “Men (especially successful ones) are RARELY slut-shamed. They move on from one beautiful young woman to the next MOST times without consequence,” Cyrus also wrote. “Where women are called sluts/whores! I am trying to THRIVE/survive in a ‘man’s world.'”

Her live comments received a lot of criticism from followers and others, whereas Cody supported Miley’s way of reacting on Insta. He also confessed on the show that, “When Cyrus was on Hannah Montana, I used to kiss the TV screen when I was, like, nine.” Whatever people might say but Miley looks happier than before.

Liam has also moved on with Dynasty star Maddison Brown and doesn’t give a damn what Miley has to say.

We can hope this love brewing between the couple makes them much stronger, wiser, and better.

Previous article
“This Is Us” season 4 had another twist (Spoilers inside) !! Was Marc a set-back in Kate’s Weight loss Journey? Checkout for details!!
Next article
Vikings season 6 trailer is definitely going to turn your heads!