After Mike Johnson, Demi Lovato, 27 has got herself new boyfriend Austin Wilson; Shares cute pics with the 25 years old model on Instagram! 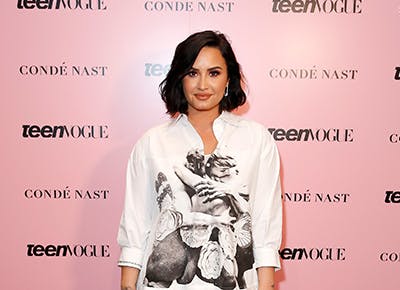 Demi Lovato recently posted a picture with her newly engaged boyfriend Austin Wilson on her Instagram. Demi Lovato is currently dating the Los Angeles based model Austin Wilson. The twenty-seven-year-old pop singer captioned “My (love emoji)” in a black and white mirror selfie of the two smooching.

Austin Wilson shared a similar photo in his Instagram official where he was spotted bright pink hair as he wrapped an arm around Demi’s shoulders. Austin too captioned “My Love”.

The social media announcement has created a surprise for Demi Lovato’s fan base. The Disney star was earlier been reported her romance with “The Bachelorette” star Mike Johnson. However, the pair didn’t work out well and only dated for a very time.

Austin Wilson, the twenty-five-year-old model who has worked for skincare brand Baxter of California, fashion brand Civil Regime, and frequently appears in magazine spreads. The model is the son of a famous skateboarder, Geroge Wilson.

It is still not clear how Demi Lovato and Austin Wilson met each other.