After A Long Wait The Avengers End Game Star Cast Is Finally Reunited For A Special Cause! Take A Look. 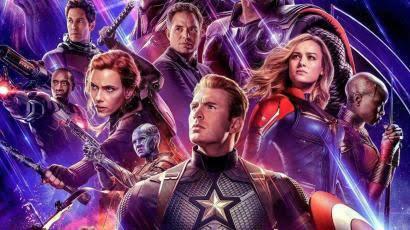 It seems like although Avengers superheroes have bid us our final. farewell, the team is reuniting for yet another interesting event, and fans are way too excited. Let us have a look.

“You don’t know everything about me.” Watch the Big Game spot for Marvel Studios’ #BlackWidow, in theaters May 1.

The Avengers Star Cast Are Reuniting For The Nickelodeon Kids Choice Awards 2020. Have a Look.

Apparently, the Avengers team is reuniting for the much-awaited Nickelodeon Kids Choice Awards 2020. The stars are going to do a virtual reunion and there are going to some other big names associated with the event. Take a look at the reunion that was all so nostalgic for fans to see these stars reunited after the film. Have a look at the video.

the Avengers: Endgame reunion was truly a highlight of #KCA2020

Not only the Aveners star cast but upcoming Film Black Adam Star Dwayne Johnson and the popular Korean band BTS is also going to be in the virtual event that is being organized for a noble cause.

Many Other Big Names Are Also Going To Participate In The Event Through A Virtual Precense!

Other than these names, even singing sensation Ariana Grande, along with Kristen Bell, Josh Gad, Camila Cabello, Millie Bobby Brown, talks show host Ellen DeGeneres, Shawn Mendes, Lil Nas X, Dove Cameron, David Dobrik, Tom Kenny and SSSniperWolf among many others are expected to appear for the virtual event union. The official Twitter page have also teased a small video to give a glimpse of what’s ahead for fans.Have a look.

Join all your favorite celebs for a special #KCA2020 celebration next Saturday at 8p/7c! pic.twitter.com/Tdacb2X36d

The Kids Choice Awards is being organized by Nickelodeon in order to join hands and show their support towards the No Kid Hungry campaign and donate $1 million to support those affected by the sudden COVID-19 pandemic. This huge amount will benefit the people in need during this time of crisis.

See also  Justin Bieber wished Bangtan Boys Jungkook and the Twitter is nuts about it!!