More
HomeEntertainmentAdam Levine apologizes for his his horrible behavior and the band's bad...

Adam Levine apologizes for his his horrible behavior and the band’s bad performance at the Chile concert! Look at what happened and here is what Adam responded to the angry tweets. 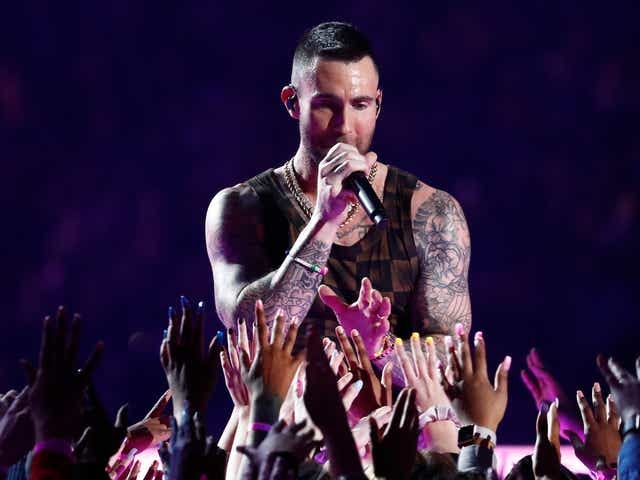 The Maroon 5 performed for the crown on thursday night. The performance was at Viña del Mar festival in Chile. But the fans did not seem happy with the bad. They later complained that his bad attitude made them really upset in the show. Read the full story to know what happened next.

Levine realized about his bad behavior and then apologized to the fans. He took to his Instagram account and apologized for his behavior by posting a story. The concert was a live one and it even got telecasted on Chilean TV. This kind of behavior was not expected from such a big performer.

He said that he was very passionate and excited about the concert. He and his teams struggles hard to be their best and make the concert successful with their best performance. He continued with this and said that something was holding back to him during the concert.

While we can’t always make up for our past, we can absolutely try our best to learn from it…thank you Chile for giving me the opportunity to grow. And to share some amazing memories that we will never forget. 🇨🇱 ❤️🙏🏻

He was worried and this got upon him. This was the reason behind his unexpected behavior during the show. He then realized that his actions were really unprofessional and apologized for the same. It was not at all the kind of behavior an on stage star should show.

I just saw #Maroon5 show in the latin festival and it was SO bad damn, and then i saw how he insulted the organization and the city? Like what?? I feel bad for the latin people, he was so disrespectful 😠

@maroon5 love your music but your show in Viña del Mar was disrespectful to every fan who paid and waited to see you live. Very frustrating. Hope u make up to them tomorrow in Santiago #Maroon5 #Maroon5EnChile

Our thoughts and prayers are with the people of Chile for having to listen to Maroon 5.

USA TODAY got a statement from one of the rep of Levine. It mentioned that there were some technical problems at the time of the performance. There were issues with the monitor and even the ear piece in which Levine hears his voice while singing. This irritated the band.

And Levine also said that his bad attitude was due to frustration about how he sounded. He has a lot of fans. But his apology was followed by a lot of angry tweets by the fans who viewed his performance.