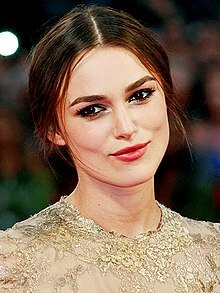 With all the growing concerns for the deteriorating climatic condition, people are starting online campaigns and public outrages to make people realize the condition that seems to be worsening with time.

Actress Keita Knightley Has Voiced Her Concern For All The Growing Climate Deteriotion.

Even celebrities have been taking active participation in this whole climatic issue. Two times Academy Award-nominated actress Keira Knightley has been voicing the newly released two-part video series Extinction Rebellion has relaunched a brand new short animated film entitled Climate Crisis, and Why We Should Panic. Take a look at the short teaser by the official page of the program, it truly is inspiring and sure gets the message across.

Directed by Miritte Ben Yitzchak, the actress has been voicing her concerns regarding the deteriorating climate conditions. The video says that it is high time that we change our ways for the betterment of the catastrophic future we are heading towards.

Several Celebrities Have Been Teaming Up With The Makers Of This Video Series.

The actress went on to state how the growing population has been causing huge damage to the planet. The harmful carbon emissions are making the global ice caps melt resulting in an increase in sea level and floods.

The actress has expressed her excitement to be a part of this project and says that this is her way to take a stand and leave a better world worth living for the next generation. The programme has been actively working towards the betterment of the climate condition that seem to be worsening with each day. We hope the video is watched by everyone and it is able to get the message amongst people.

It Seems Like There’s A Big Twist In This New Relationship Between Brad Pitt And Nicole Poturalski! What exactly is going on?
Leading Star Tom Cruise Might Have Taken A Drastic Step To Avoid Any Further Delay Of Mission Impossible 7 Production: a £500,000 ship is here!