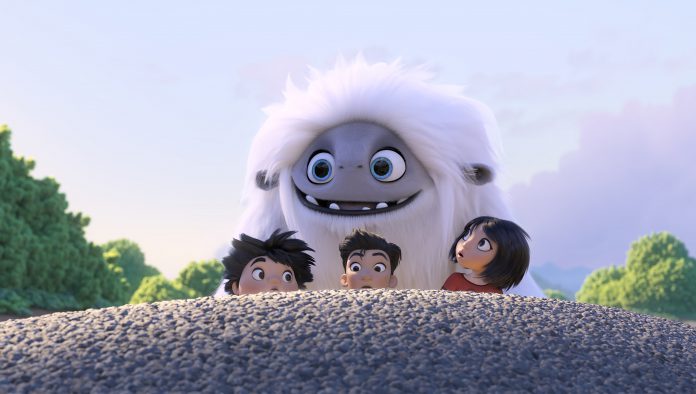 Abominable is a Fantasy, adventure genre movie. The movie is going to be released on September 27, 2019, in India. The film is an animated one and is expected to be a hit among the youngsters of the world. The director of the film is Jill Culton with Producers Suzanne Buirgy and Dave Polsky.

The story of the movie goes on like Yi and her two friends, the protagonist of the film after discovering the home of a Yeti on the rooftop of her apartment get themselves a quest to reunite the family of the Yeti.

Moreover, for the good of them sets on in an adventure with them. However, there is a catch; the world has bad as well as good people, so the antagonist in the movie, the wealthy financier and determined zoologist are against the will of the kids and wants to capture the Yeti for their gain and are very selfish.

The reviews of the movie are quite good and satisfying. It got 7.4 out of 10-star rating and 56 Metascore. According to one of the reports, the film is quite stimulating and has a very safe vibe. The film is suitable for the children as well as adults too. It is nothing to be bored, and it is exciting also. It ticks all the boxes and plays with the heart with the right timings that the audience of the movie loves it.

It is also very formulaic, and the scenes leave with such a satisfying vibe, and the tripe of the views is excellent and makes you feel good. The way that they tackled the bereavement angle without any spoilers in it is just too good. Yi was made to validate herself to her late father in such a manner that it was not at all very much connected with the mainstream of the movie, but overall the film is reviewed to be a good one.