Well, people give a lot of thought into getting a tattoo and its design. But when we talk about the queen of music, Rihanna, who needs to think? American singer Aaron Carter proved just that. The 31-year-old recently unveiled his new tattoo on Instagram. And it surprised the fans because of the tattoo of Rihanna on his face. Medusa inspired his tattoo, and it covered one side of Aaron’s face. The tattoo started at his forehead and ran down the side of his cheek, down to his jawline. The tattoo showed Rihanna with snakes appearing out of her head and resembled the Greek Gorgon.

He posted his picture with his new tattoo with a caption that he is the biggest thing in music right now and no one could deny him. It seems Rihanna’s canopy shoot for The GQ inspired him. In the shoot, Rihanna posed as Medusa in 2013. While getting the weird ink, people could see him on live streaming, and the cops reached him twice. Apparently, they received the news from some followers that he was in a medical emergency.

Recently, Aaron’s brother Nick Carter claimed that his brother threatened to take his spouse’s life. Nick also took out a restraining order against Aaron. In response to this allegation, Aaron took to Twitter where he tweeted that he never thought of causing anyone pain, let alone murdering someone. He also added that he was hurt to read all these things, and if people knew him well, they would never use that trick to control him. He called the restraining order malicious and said he needed some help for his psychological wellbeing. 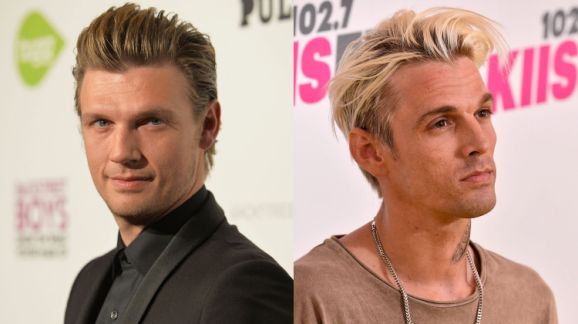 Aaron mentioned that he was working with a qualified psychiatrist who was helping him for a few months. The authorities recently visited the singer to put him under an involuntary psychiatric hold. But after he spoke to the evaluator, the entire movie seemed unnecessary. The fans are very much interested in the “I’m all about you” singer’s wild tattoo for now.

Walking Dead season 10 updates: Here is what director Nicotero had to say about the upcoming tension between Carol and Alpha
Does Dark Phoenix has a sequel in its future, if so, will Sophie Turner be the part or someone else? Check out the speculations and theories!!