A Mysterious Murder- Suicide Case Has Occurred Related To A Significant Coronavirus Finding! Check it out! 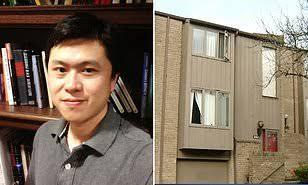 While the attack of Coronavirus is increasing at an alarming rate and people are panicking with the whole world coming to a standstill, however, a new horrifying case has come forward regarding the deadly virus!

Take A Look At This Shocking Incident Regarding The Coronavirus Issue. Here’s What We Know.

Apparently, a shocking murder-suicide has taken place, the case involves Hao Gu, 46, who as per authorities has shot and killed UPMC researcher Dr Bing Liu, 37, before turning the gun on himself .

Moreover, according to reports Gus was found dead from a self-inflicted wound inside his car which was parked 100 yards away from Liu’s home in Ross Township, Pennsylvania. While it is speculated that both of them knew each other but the origin of this is not disclosed.

What Led To This Murder- Suicide Incident? How Are These Two People Involved In The Case?

While the reason behind the whole murder-suicide case is yet to be known, it was further revealed by well-respected University of Pittsburgh Medical Center, that Dr. Bing Liu was believed to have been on the verge of very significant findings related to the coronavirus. However,  why was the researcher killed all of a sudden is still a question that is grabbing eyeballs. The two people are stated to know each other and thats what is making it all the more complicated.

Moreover, Dr. Lou had a rather tragic death with bullets shot in the head, neck, and torso, and died after succumbing to the injuries. The police further assured that there’s absolutely no range to the public. While nothing much has been disclosed yet, the murder case has been raising too many questions about the mystery underlying in this whole case.

Previous article
Netflix is soon bringing Dragon’s Dogma in the form of an anime series. Check out every latest update we have on the series.
Next article
Michelle Obama Gets Candid About her Unique Parenting Skills! Have a Look!