A glimpse of Stranger Things Season 4 has started speculations about the referenced ‘Hellfire Club’! Is that true?? Peep in to know the full story!

Stranger Things has always been the beloved series among its audience. So obviously even a mention of it would awaken the fans and rampant theories about the show. This is what happened when The Duffer Brothers tweeted something related to the show.

Though the date of release of the much-awaited show is yet to be disclosed.

The Duffer Brothers are the writers of Stranger Things. Matt and Ross worked together for the sci-fi show and will continue to do so.

looking for new members… are you in? pic.twitter.com/P1xAWNUPss

On November 7, the writers teased the audience with a glimpse of the highly anticipated season 4 of the horror show. They posted the front page of the script for episode one of season four. The introductory chapter is titled The Hellfire Club. And they captioned it with “looking for new members.”

The chapter title had many eyes and ears raising. The Hellfire Club is not a new term. It is closely connected to Marvel.

What is the Hellfire Club?

The Hellfire Club started as an elite club for the wealthy in England of 1760. It first appeared in X-Men #100 as Council of the Chosen. Then in X-Men#129, it appeared with the name it is famously known for. 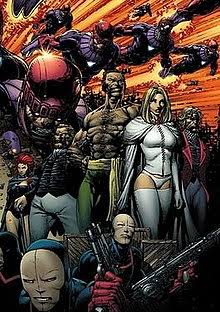 The Club was involved in a lot of wars and assassinations to further the agendas of its powerful members. At one point, even Tony Stark and Norman Osborn were part of the club. Magneto and Emma Frost have been the Lord Imperial-highest position in the club-at their times.

X-Men confronted the Hellfire Club when the club kidnapped various X-Men and the Phoenix, who believed herself to be Jean Grey. Then, they controlled her mind, which ultimately led her to become Dark Phoenix.

What could the reference mean for Stanger Things?

The finale of Season 3 saw Eleven losing her superpowers. Then, Hopper was believed to be dead, for the most part, but is now alive. Finally, the Byers Family and Eleven are moving out of Hawkins, Indiana, to start a new life.

Also, there is mention of an unnamed American prisoner in the captivity of the Russians. Thus the new series would have a lot of plot to focus on.

Amidst all this, it is speculated that Eleven(Milly Bobby Brown) will turn evil. Similar to Jean Grey, who was used by The Hellfire Club for nefarious practices, Eleven might fall vulnerable to such a club and be manipulated for the fulfillment of evil aims. Since they both have psychic abilities in common, this could further the above theory.

Then who is turning out the new villain of the show? Or would it be an extended branch of their existing enemies?

Still, just in the last episode of the latest season, Eleven lost her powers. Thus it means that she would somehow have to gain them back.

Now, who would help her? Or how would she get her powers back?

This is turning out one of the most awaited questions that require an answer.

Previous article
‘Taboo’, the historical drama is set to return to our screens! Checkout for Release date, cast, plot and other details!!
Next article
The cast of Bravo’s Real Housewives of Beverly Hills stars were dressed to impress at People’s Choice Awards in Los Angeles!! Checkout how stylist they look!!