A Cinderella Story’s star Chad Michael Murray opens up about his near-death experience at 15; An experience which turned him into a successful actor 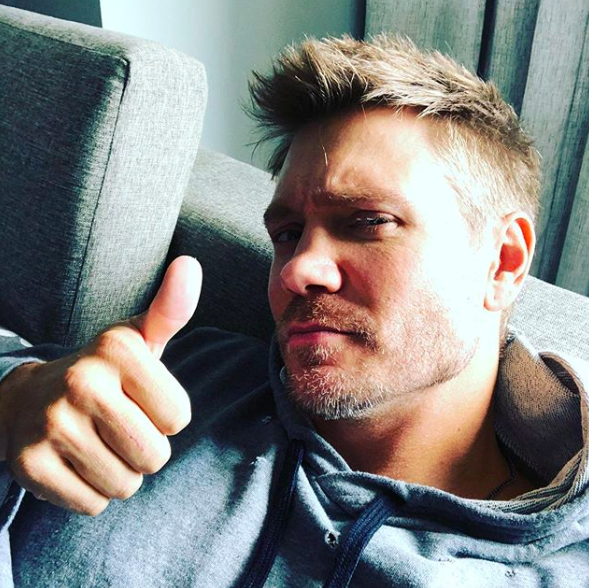 Hollywood handsome hunk Chad Michael Murray who stars in quite a variant movie recently opened about the near-death experience he had when he was just 15.

In his teenage years, he suffered from ‘twisted intestines’ which lead to internal bleeding, by which his stomach stopped expanding. He also revealed that doctors had a tough time understanding his condition because of his fit physique.

His blood cells were continuously dropping but doctors couldn’t get it where they were dropping to as Murray’s tight abs keeping it flat and because of which doctors were unaware of his bleeding.

His condiction became so worsened that his dad called a priest. “I almost died. They had priest at the end of my bed. I remember, it was the only time I ever saw my dad cry.” Said Murray.

The 38-year-old actor said that the credit to save his life goes to the nurse called Sandy, who saved his life at that time going against the doctor’s wish. She gave Murray four units of blood that night to save him from the pathetic condition.

After coming out of death’s mouth Chad wanted to become an actor. As when he was tied to bed due to his problem he used to watch lots of films and get inspired by them to make the world a happy place. Like he used to laugh and entertain during his difficult time, the same experience and happiness he wanted to give others so that everyone will forget about their ‘mundane life’ problems.

Murray always had a difficult childhood. He was brought up by his dad after his mother abandoned him in his childhood.

In 2003, he got a huge breakthrough when he was assigned the role in teen drama One Tree Hill as Lucas Scott.

He was married twice. With his second wife, Sarah Roemer who he married in 2015, he has two children.

Recently, Murray is starring in the drama series, Riverdale as Edger Evernever.

Previous article
Research presented in the NCRI cancer conference proves High Hormone Levels in the Blood raises Prostate Cancer risk
Next article
Good News For Cystic Fibrosis Patients; New Drug Is Out For The Treatment Of Sufferers Of Cystic Fibrosis As Announced By The FDA