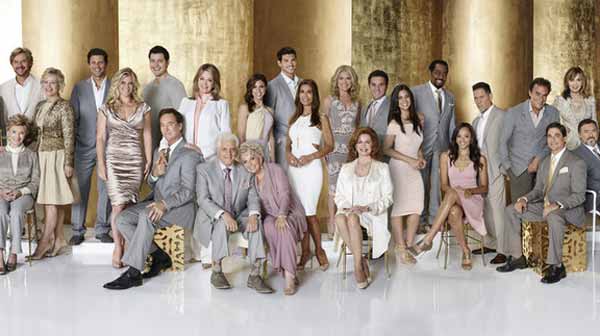 COVID-19 is constantly affecting everyone globally. The virus has made everyone conscious for their safety. Also, entertainment industry is worse affected.  Previously, shooting of shows like “For life” and “Chicago Med” was also disrupted due to the virus.

Recently shooting of one of the famous show of NBC is temporally suspended due to the virus. Ron Carlivati is the lead writer of the shoe and Corday productions produce “Days of Our Lives” in association with Sony Pictures. The executive producer is Ken Corday. “Days of Our Lives” was renewed by NBC for its 56th season. The show airs internationally in more than 25 countries (unbelievable…right?) and nationally in United States.

NBC’s Days of Our Lives shooting is allegedly stopped for two weeks after a production member is found COVID-19 positive. Although, this will not affect the air dates of the show and the no runs of the show will be changes on NBC.

All the other members of the production are safe. Cautions like isolation and contact tracing is done for precautions. The shooting will resume on October 26 as the crew member was found COVID positive on 13th October. People who were found in contact to the infected crew member in contact tracing are also in isolation. The cast, crew and other staff were informed by an email about the suspension of shooting from the production house.

“Days of Our Lives” was held in March too amid Corona Virus. The show had pretty good collection of the episode so that they had no issue until early October. Production house of the show again resumed the shooting on 1st of September.

Apple Lovers Stand a Chance to Win Free Airpods this Diwali! Details Below
Pictures from “The Batman” Set is going Viral and the Cast looks Unrecognizable in it! Read Full Update Below