See also  Arie and Lauren's Relationship Updates; After The Bachelor's, Shows That The Couple Has Only Got Stronger Together.
More
HomeEntertainment25-year-old Texas Woman Live-Streamed Her Brain Surgery on Facebook!! 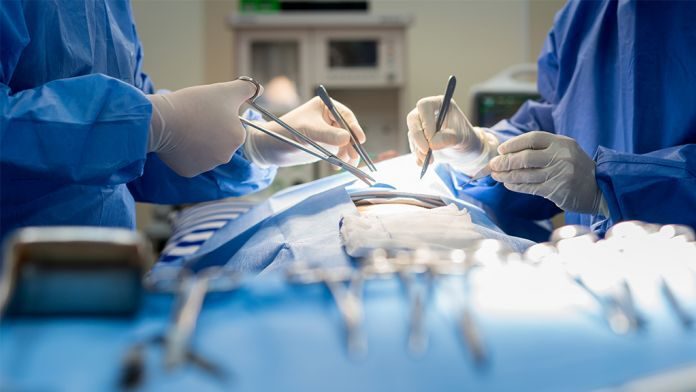 A 25-year-old woman recently underwent brain surgery on Tuesday in Texas. And for the first time in history, the brain operation was broadcast live on Facebook for all to see. 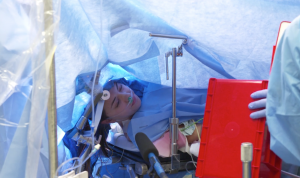 Jenna Schardt was put under anesthesia at first when surgeons drilled into her skull. But was fully awake the entire time they were performing surgery on her brain. While this seems terrifying, it is actually quite common for patients to be awake for brain surgery. This is because it is a highly delicate operation, and the surgeons need the patient awake and responsive to decide if all is going well.

See also  Arie and Lauren's Relationship Updates; After The Bachelor's, Shows That The Couple Has Only Got Stronger Together.

As for Schardt, she has a mass of tangled blood vessels in her brain that disrupted her speech and causes seizures. During the operation, she was given an iPad and shown different visuals – numbers, animals, fruits, etc. This was done so she could help them map her brain. If Schardt was right in her answers, they knew the surgery was going well. But if she made a mistake, they would know which areas in the brain to not prod.

Dr. Nimesh Patel was the one narrating throughout the Livestream. Schardt could be heard saying numbers, colors, fruits, etc. aloud in the video. The Facebook broadcast was watched by over 45,000 people and had 1000 comments by the time it ended. As of Wednesday, the views have doubled already.

As for a reason they live-streamed this event, Schardt said she wanted to help others that might need to have the same surgery soon. According to the hospital, she is now well and with her family after the operation.

These live broadcasts of surgeries are fast becoming popular day-by-day. Earlier this year, a woman from Texas broadcast her breast cancer surgery live on the same platform – Facebook. She did it to raise awareness of the disease.