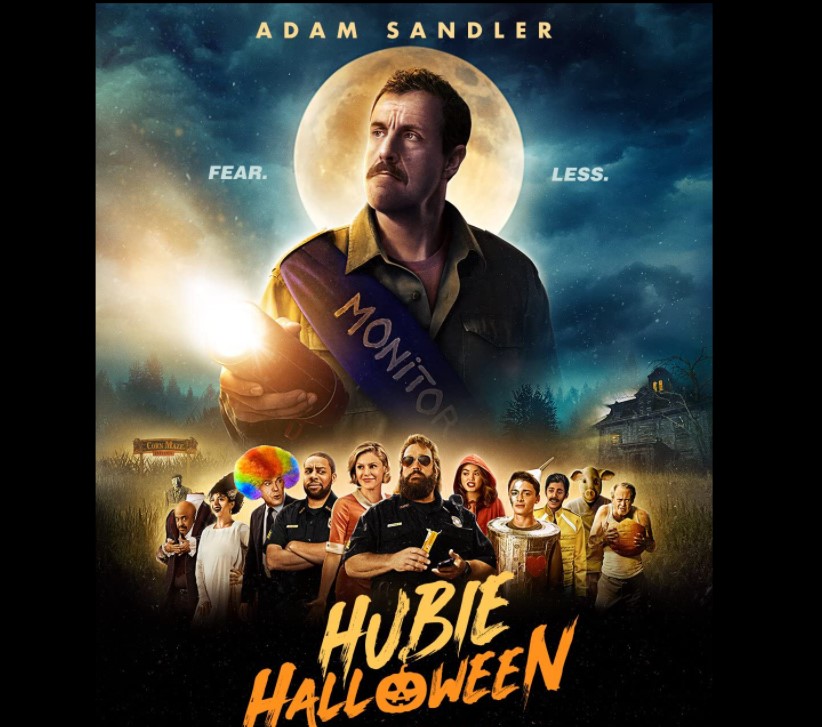 Hubie Halloween is an American Comedy film. It is directed by Steven Brill. The lead writers are Adam Sandler and Tim Herlihy. In fact, Sandler is also a lead actor in the movie. Hubie Halloween was originally released on October 7, 2020.

Adam Sandler as Hubie Dubois is an employee in Salem. He is the official Halloween helper to monitor the city during Halloween. The movie also stars Kevin James, Ray Liotta, Julie Bowen, June Squibb, Shaquille O’Neal and Maya Rudolph.

Hubie Halloween is already the first comedy movie to reach on #1 Netflix‘s ranking. Only few movies have marked the streak of 13 days including Hubie Halloween.

But to set the record, Adam Sandler has to beat what Mark Wahlberg has achieved in March 2020. The movie has already set the record of 18 days of streak on #1 ranking.

As soon as the Netflix top 10 pictures feature was included, Hubie Halloween was on #1 in top 10. The movie came on top ranking by beating out films like Lost Girls (2012) and the Angry Birds Movie 2. The second most popular movie of the year on Netflix currently is The Angry Bird 2.

There are only two future release which may bring down Hubie Halloween’s #1 rank. Those two movies are Rebecca and Over the Moon.

Well let’s see, what happens next. Will Adam Stander beat out all the records or Mark Wahlberg will stay the king?