See also  Kristin Cavallari has Enough of Everyone Interfering in her Life as the Star took Social Media to Lash Out
More
HomeCelebrityWhat does Kaia Gerber and Cara Delevingne's matching tattoos indicate on the...

What does Kaia Gerber and Cara Delevingne’s matching tattoos indicate on the latter’s birthday? 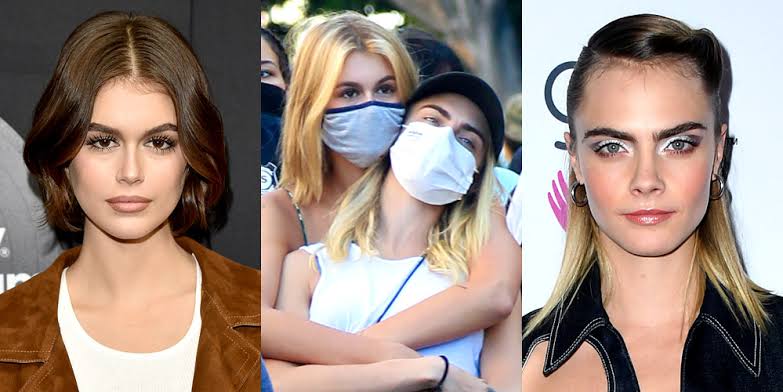 News of a possible romance is also brewing between the two

Model and actress Cara Delevingne might be having a fling with model and Cindy Crawford’s daughter Kaia Gerber. The couple had known each other for a while now, and often comments on each other’s social media, and have even been photographed together. Recently they got matching punny tattoos that read “solemate” on their feet. Is this the beginning of a beautiful friendship – or something more?

Delevingne celebrated her 28th birthday on Wednesday, and to commemorate the occasion, Gerber posted a set of pictures on her Instagram Stories of their tattooed feet interlocked, and captioned it, “Happy birthday to my solemate @caradelevingne.”

She uploaded several other pictures to celebrate their friendship, one of which was Cara wearing an oversized Kaia Gerber themed sweatshirt and another one of the two clinging to each other during a Black Lives Matter protest last month. Gerber also posted a picture of the two of them wearing a single Taylor Swift folklore cardigan.

Both had recently broken up with their respective partners earlier this year: Delevingne broke up with longtime partner Ashley Benson in April, causing quite the buzz in Hollywood and Gerber had briefly dated comedian Pete Davidson in January. The reason that things may be going strong between the two maybe because Cara and Ashley had a bunch of matching tattoos when they were together, so it’s not hard to guess whether she’s dating the 18-year-old.

However, neither parties have commented on the matter as of yet, so they are going to continue being solemates and uploading pictures on social media until they feel confident to publicly reveal their relationship.