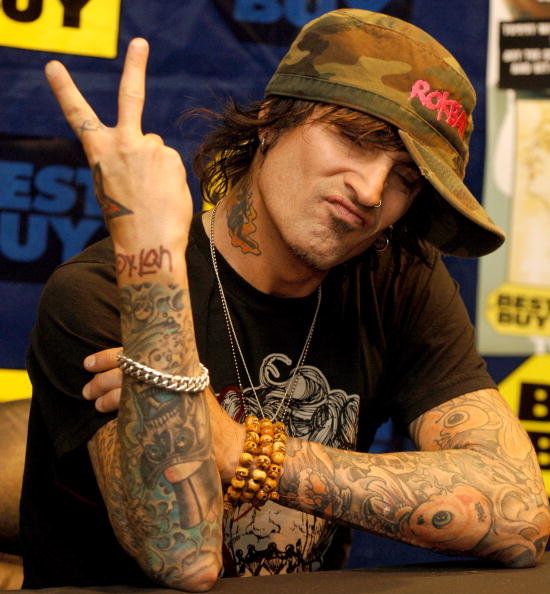 Rock star Tommy Lee is promising to leave the United States if President Donald Trump wins re-election this November. The former Mötley Crüe drummer, 58, begged people to “get someone real to run the country” in a new interview with The Big Issues in a scathing condemnation of Trump that comes amid a third spike in the country’s COVID-19 cases. The Rock Star is adamant with the decision of leaving the country if Trump wins.

If Trump is elected for a second term, Lee, who was born in Athens, Greece, and raised in California, said, “Dude, I swear to God if that happens, then I’m coming over to visit the U.K. I’m out of here. I’ll go back to my motherland, go back to go to Greece and get a house on one of the islands.” The rocker added that having the former Celebrity Apprentice star as its leader makes the U.S. “embarrassing” to the rest of the world.

Thank you all those maniac fans.. so stoked y’all a diggin the new record. Make me so fucking happy to see you guys crankin’ it you have no idea! And thank you and I hope you have as much good times as I did making it!!🤟💜💙🤟

“The thing that stings the most is that I feel like we’re embarrassing,” he continued. “I feel like people in Europe and the rest of the world look at America and think, ‘What the f— are you guys doing over there? Stop voting for celebrities and get someone real to run the country.'” In such a dark time in American history, Lee said the only thing keeping him optimistic is the future possibility of playing music in front of people again.

Lee isn’t the first celebrity and only celebrity pledging to leave the U.S. at Trump’s election win, with Miley Cyrus making that promise on social media in 2016. Lena Dunham similarly promised to flee the country at Trump’s election but shared on Instagram after Election Day that she would stay to “fight” for her country.

G Eazy Brings a Star-Studded Mini Movie Premiere for Visual To “Down” Ft. Mulatto
Jaden Smith Shocks Fans With His Brand New Body Transformation And He Looks Unrecognizable! Check it out here.