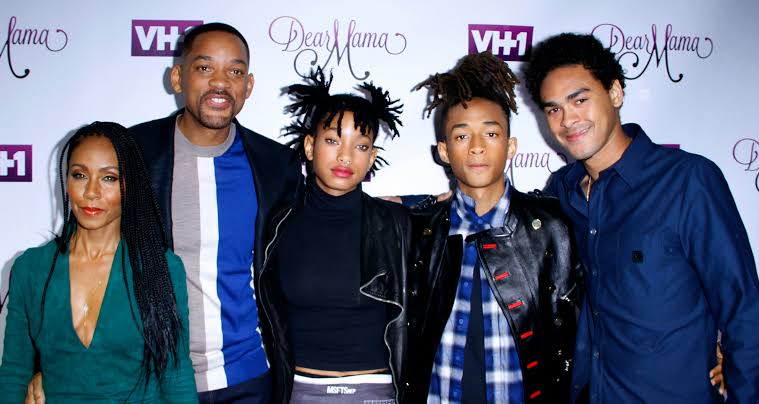 Will Smith has always made us laugh, but looks like his family is catching up as well

Will Smith entered the Instagram scene a bit late than usual. But he put his social media shyness behind him and officially joined in December 2017. Since then, he has been ever active and shared photos and videos of doing random crazy stuff or of his family – wife Jada Pinkett Smith and kids Jaden Smith, Willow Smith, and Trey Smith.

From one genie fam to another, thank you @zakpym, @zeldawilliams, Cody Williams and @bringchangetomind. Robin’s love lives on thru our laughter and memories.

Aside from the beautiful family photos, Will has also shown that he’s the same funny guy from West Philadelphia that we first saw in Tue Fresh Prince of Bel-Air by showing his love to Philly through jokes and other demonstrations.

Ability to take a joke

Y’all acting like you never seen a 5 year old with facial hair before 🙂 Add me on snap: willsmithsnaps

It started off when someone did a comparison between young Will to pop star Rihanna and said they looked alike. Will of course, posted it to his account captioning it, “I just saw this…Y’all play too much!” He always takes jokes made on him in earnest and is not afraid to laugh at himself. He even pokes fun of his family members and is the loudest to laugh when they start roasting him back.

All y’all in the bubble… stay safe! Make sure you clean your balls.⁣ ⁣ Ah damn, that didn’t come out right⁣ ⁣ 📹: @westbrook @iamjesserichards

The Smiths have a whole different approach to parenting and always let their children do what they loved without holding them back. Their children have now been part movies and have their own music careers. They are also activists and work for many social causes along with Will and Jada. They also join in on their dad’s crazy videos and have made ones of their own. Will also does collaborations with many celebrities such as Jason Derulo, Lisa Koshiy, and King Bach among many others.

Emily Ratajkowski has been chosen to be the new face of Nasty Gal’s latest campaign! Check out her career details and everything you wanted to know.
Who has the better fashion game? Kendall Jenner or Angelina Jolie? Check out who has emerged as the winner!