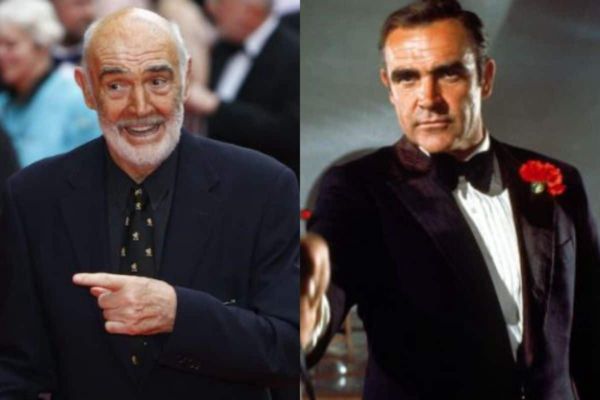 The Scottish actor who first brought role of James Bond to the life died at the age of 90. Sir Sean Connery took his last breath on 31st of October, 2020. His son said that Sir Sean passed peacefully in his sleep in Bahamas. He was unwell from sometime said his son.  Well, Sir Sean was very amazing actor mostly known for giving life to James Bond as a most loveable character. He was starred in seven bond films from 1962 to 1983.

Sir Sean married Diane Cilento who was an Australian actress in 1962. They divorced each other in 1973. They had a son, Jason Connery who himself is also an actor. Sir Sean then married a French painter Micheline Roquebrune in 1975 and they were together until he died.

The James Bond actor was also an Oscar winner!!!

Sir Sean has won Oscar in 1988 for his role in Untouchables. The international film star was active for almost seven decades in film industry. He started his career from a small theatre and got break in James Bond movie.

James Bond Sir Sean an international star, but he has also done some great movies other than James Bond too. Sir Sean was so tired of James Bond character that he once said I don’t like Bond and I would have killed him. He has also gave hit titles such as Alfred Hitchcock’s Marine, The Hill, Robin & Marian and many more.

Sir Sean agreed to reprise Bond as an ageing agent 007 on a condition to never return to James Bond’s role. That James Bond movie was named as Never Say Never Again which was released in 1983.

The Crown: Season 4 of the Show will Premiere on 15 November, and is already Touted as the Best Season with Opening of New Chapter of Royal Lives
A List of Top Anime Series that You Shouldn’t Miss Out from Watching