Scott Disick spends some quality time with 8 years old daughter Penelope looking adorable at the beach! Check it out. 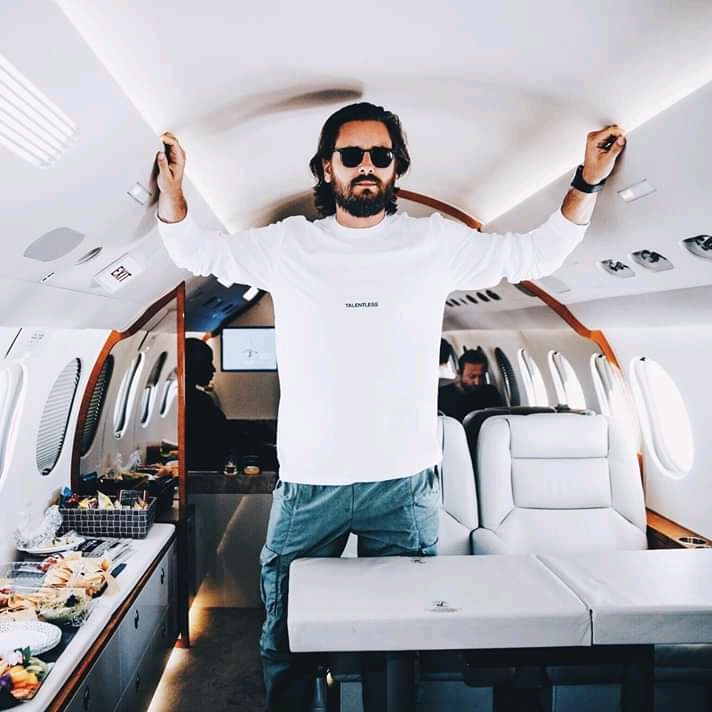 Recently, a cute photo was shared by Scott Disick in which he was seen posing with his little daughter. Seems like the thirty seven year old Disick was having a great time with her eight year daughter, Penelope. On 31st July, they had some fun on the Malibu beach. The adorable father daughter duo was sitting at the sea side enjoying the sun while Disick had put his arms around his daughter. He wrapped his arms around Penelope while the munchkin was giving a sweet smile for the picture.

Hence, both of them share a really loving relationship with each other. Not only did they give major father and daughter goals but their outfits were also giving beach outfit ideas. Disick was seen wearing a black t-shirt paired with shorts and black sunglasses in the photograph, while his daughter Penelope wore a sleeveless, sky blue top along with black shorts. Hairs of the small girl are a bit below her shoulders and were left open.

While sharing the photo, Disick captioned it, ” My Little beach baby”. And fans took no time to flood the comment section with lots of love for the picture. Some mentioned Penelope is looking so sweet and following others also started complimenting on both of them. Other said she is looking really happy spending time with her father. And some of them mentioned it to be pure love.

Since the last few weeks, Disick has been continuously posting beach photos on his Instagram. However, he was alone in those pictures, whereas in one another picture shared by him Penelope and her younger brother Reign who is five years old was seen playing on the beach with each other.