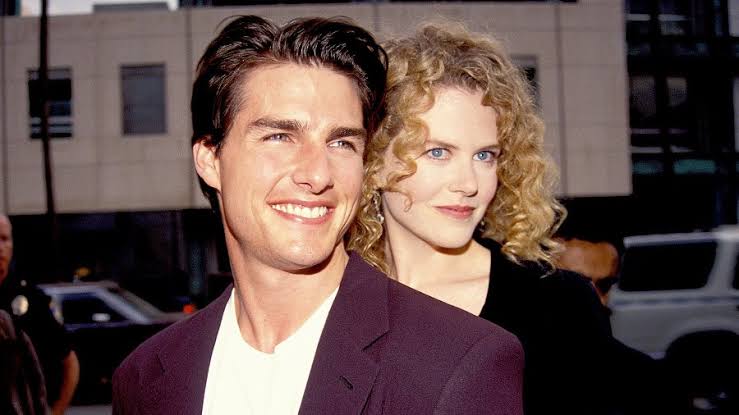 Nicole Kidman and Tom Cruise had been one of the most iconic couples in the 90s, similar to how Brad Pitt and Angelina Jolie had been in the 2000s. The actors met in 1989 and married shortly after in 1990. From gracing the red carpet together, to starring in multiple movies, and having two children, they seemed to be riding high. However, things weren’t so glitzy behind the scenes and the couple divorced in 2001.

The stars moved on soon after, with Cruise getting married to Katie Holmes for six years and having a daughter Suri, and Kidman marrying country singer Keith Urban and having two girls, Faith Margaret and Sunday Rose.

The exes rarely talk about their time together, but Kidman shared a bit of information in 2018 about what happened that led to their divorce.

When Kidman and Cruise announced their separation, even Kidman was just as shocked as their fans. The Mission Impossible star filed for divorce, citing “irreconcilable differences” and requested joint custody of their kids. While they didn’t state the exact reasons, Cruise’s beliefs in Scientology had been alleged as the root cause.

Kidman spoke about it, saying it took her a long time to heal. She said that while she was very young, it felt like it’s what she wanted, but she only realised later on that she became famous because she was somebody’s wife. She also spoke about experiencing an ectopic pregnancy, which happens when a fertilized egg is implanted outside the womb, as well as a miscarriage by the end of their marriage. This led to them adopting their two children.

Nicole being like "Tom, for once in your miserable life make yourself useful and hold my purse" is everything I aspire to be {Nicole Kidman and Tom Cruise at The Oscars in 1997–for more nostalgia follow @bringback2003}

In conclusion, she said that she wants to honour her marriage with Cruise and that they still share a mutual love and respect, and have brought up their kids well.

Married Actor Dominic West was seen hanging out and spending intimate moments with Lily James in public in Rome! Check it out.
Miley Cyrus requested her fans and people all over to vote in the upcoming election after she went PANTLESS and showed off her Iron maiden T-shirt!