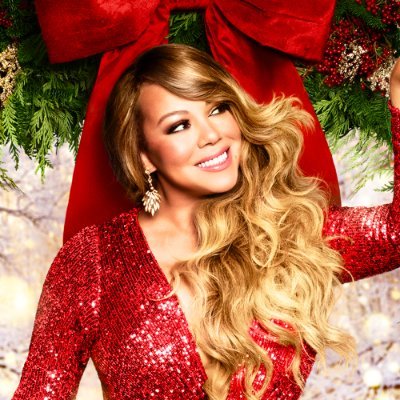 Mariah Carey has already received her Christmas gift as her 26 year old song cover is #1 on Billboard’s hot 100. Earlier, her song was on #2 but then it jumped to position one. The officials of Billboard have confirmed the news. It is more special for Mariah as the song has again gained so much of popularity after 26 years of its official release. Moreover, since 2007 Mariah’s “All I Want for Christmas is You” has been a part of official singles since 2007. But this time, UK official decided to send it to top.

The album to which song belongs was recorded in 1994 and was released in October 28, 1994. “All I Want for Christmas is You” belongs to “Merry Christmas” album. There has been many latest adaptations of the song but there is no competition to its original song.

Happy with the news, Mariah posted this news everywhere on her official social media handles.

She thanked everyone who loved her song and helped it to reach at #1 position on Billboard. Mariah’s “All I Want For Christmas Is You” was waiting for a very long time. In fact, according to Official Charts her song  was always making it in the list of top 100.

Jumping up and down in front of the Christmas tree with the kids and the dogs. Blasting "All I Want For Christmas Is You", and sending virtual hugs to everyone across the pond who helped make it happen! Love you so much!!!🎄🎉🎉🎉🎄🎄🎄❤️❤️❤️🇬🇧🇬🇧🇬🇧🇬🇧 https://t.co/bdfTvTpNhZ

Moreover, the competition for the Mariah’s song was very tough. She is ahead from 22 other Christmas song top 40 of this week. There are almost six Christmas songs which are in top 10. So it really a tough fight between everyone. Certainly, it was not Mariah’s luck but her song itself.

Above all, Mariah herself was a co-writer and a co-producer of the song. She did everything along with Walter Afanasieff. She still include it in her life performances. The song still really mean a lot to 51 year old singer.

USA Gears Up On The Vaccine Front While New Development Emerges For Sputnik V Vaccine!
HBO’s “Succession’ might Return with Season 3 Lot Sooner than Expected! Details Below