It looks like there’s a new love triangle in Hollywood and we are pretty sure no one saw this one coming. Believe it or not, there are gossips going around that Kylie Jenner’s ex Travis Scott has hooked up with fellow Texas rapper Meghan Thee Stallion. Apparently, Kylie is not happy about the news.

Are Travis and Meghan really dating?

Flames about Travis and Meghan’s alleged romance recently started surfacing all over social media. This happened after a chef who works for Travis apparently posted a tweet and later deleted it saying she was excited to be cooking for Meghan. The duo is also rumored to be working on a song together. Also, Meghan recently released a music video featuring a cameo from some of Kylie’s ex-BFFs. 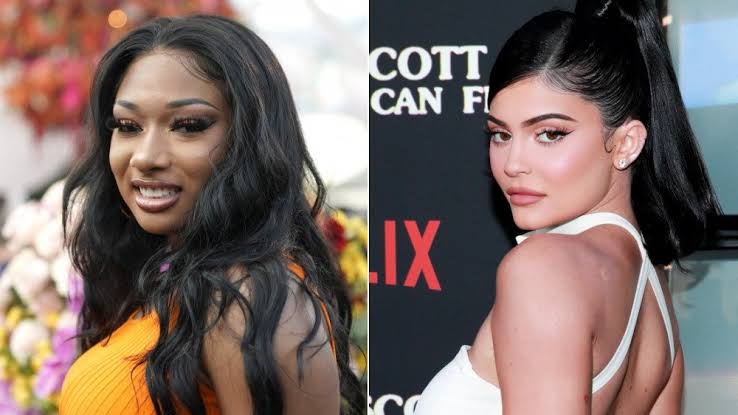 However, neither Meghan nor Travis have addressed any news regarding their alleged romance. During a recent interview with TheMorningHustle, Meghan sounded very enthusiastic while talking about a possible collab with Travis. Meghan and Travis do have a lot in common. They both hail from Texas and they both love giving back to their community.

How does Kylie feel about Travis and Meghan?

Well, as one Twitter user put it “Kylie must be burning right now.” After Meghan and Travis allegedly met for dinner, Kylie shared a picture on Instagram that read, “[email protected]”. The fans were quick at taking the remark as proof of shaming Meghan. Since the rumors about the dinner date were not officially confirmed, the fans are now dying to know what really happened. This is because it is not the first time the two ladies were linked to the same man. They were also linked with Tory Lanez in the past who was Meghan’s ex-boyfriend.

Back at the time Meghan and her ex were having some issues in their relationship. It was rumored that Tory was hitting on Kylie in the meanwhile. But things did not go well in the end. Meghan was physically harmed and Tory was accused of it. Seems like Meghan is trying to get her revenge on Kylie. What’s the real truth we’ll find out soon!