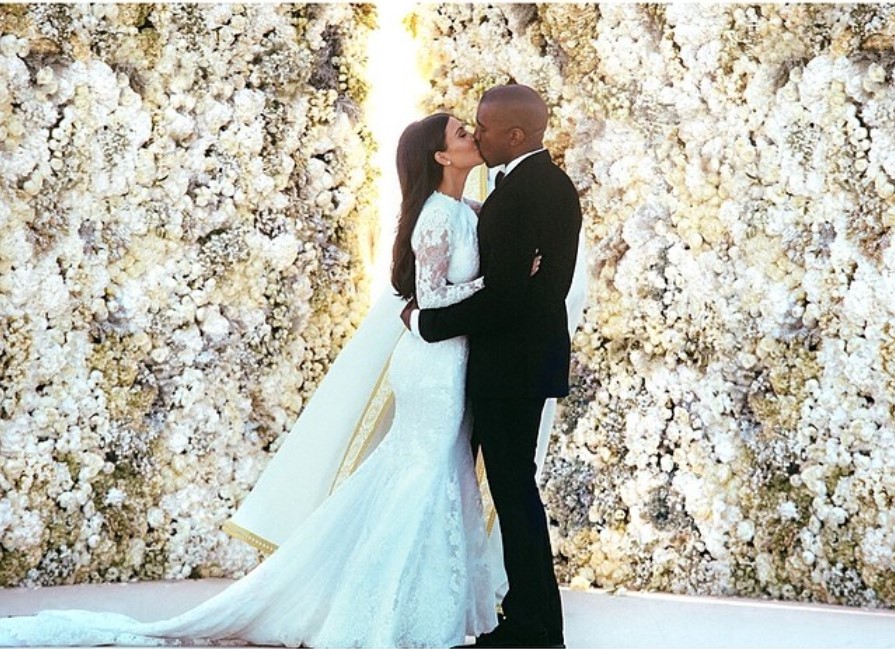 Previous week, the internet was flooded with Kim Kardashian West and Kanye West’s divorce rumor. People even started relating it with the 2 year old tweet Kanye did and then he also deleted the tweet. So, recently, Kim posted a very hot picture [mirror selfie] on Instagram. Kardashians and Jenners posting a hot picture on Instagram is not a new thing anyways. Kim was wearing her band’s shapewear and was showing her flawless curves.

Surprisingly, she was not wearing her engagement ring in the post. Soon after posting the picture, it was deleted from her account. Apparently, this picture came right after some reports that claimed that the couple is seeking divorce.

Moreover, the couple has not been together for like a whole month. Therefore, it seems like something very serious is going on between the couple. Adding on it, the couple has just seen each other just for the sake of their kids. The soon going to be exes [as the sources say] have 4 kids. North West, Saint West, Chicago West and Psalm West.

In fact, a source on the internet also said that Kim knows that her marriage is over. She has known this fact from a while. Maybe 2020 was really a curse for everyone.  According to the sources, Kim is taking her time and thinking about her kids over her marriage. She is taking time to file the divorce because she wants to the right thing for the kids. It is not about her and Kanye’s marriage anymore. Whatever the couple seeks to, they will keep the kids as their priority. Kim will care for Kanye but there is nothing left between them.

Rapper DaBaby Has Been Arrested In Beverly Hills For Illegal Possession !
Vikings: With finally the Release of Season 6, have Makers Shown Interest in another Revival Season? Find Out Below