The news of Justin Bieber studying to become a Minister is as fake as the news like Sun has risen in North Today. The singer has just clarified that this news is fake through an IG post posted on Monday. Also, he spoke out that he had Quit the Hillsong Church and is no more a part of it. This news came into being after the suspension of  Carl Lentz for the Cheating Scandal. However, he cleared it that he is a part of Churchome. Scroll down to get the details! Justin Bieber has clarified that he is not studying to become a Minister! Clears up the fake news and rumors spread!

The rumors that claimed that Justin Bieber is studying to become a Church minister is all cleared up. On Monday, the singer posted a story on IG where he wrote that he is not studying religion to become a Minister. He clearly wrote that he has no desire to do so and the news is Fake.

This post has come out after ‘OK! Magazine’ claimed that the singer is trying to take a leadership role at Hillsong Church. This is being happened after the suspension of his former mentor, Carl Lentz, amid a cheating scandal.

Carl Lentz was suspended from the church for ‘moral failure’.

Justin has also cleared up that he has parted ways with Hillsong Church and is no longer with them! Has emphasized that he is a part of Churchome now!

The singer also posted a story in which he mentioned it clearly that his and Hillsong Church’s ways have been parted and he is no longer a part of it. Besides, he clearly mentioned that he is now a part of Churchome. 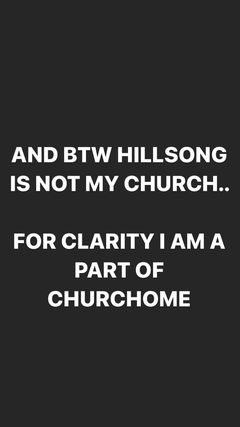