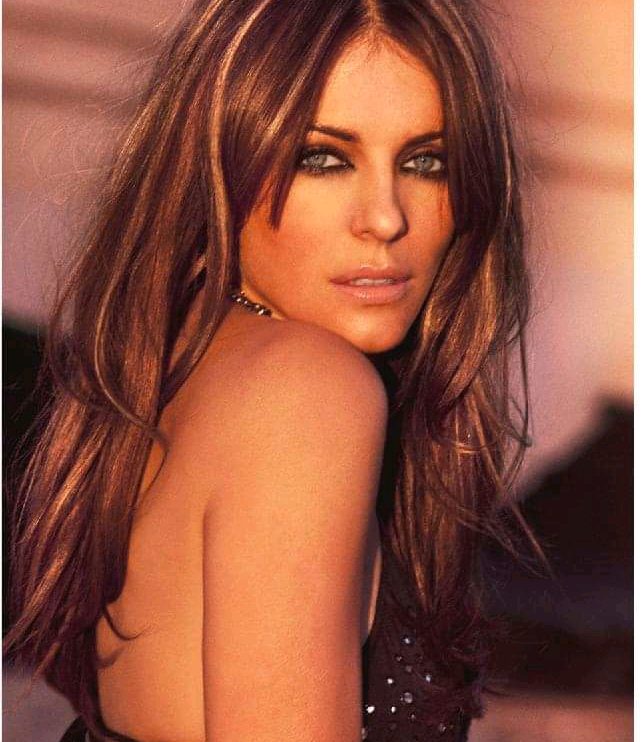 The 55 years old, Elizabeth Hurley looks way more younger than her age. Specially in this lockdown period she has posted some really amazing photographs of herself wearing bikinis. So people who aren’t following her on social media are missing major hot stuffs.

Sunshine bikini bottoms and my favourite Lizzie Robe – which is now 70% off 😍😍😍 www.elizabethhurley.com

As we know, Instagram is full of different challenges now a days. Specially, the black and white challenge is particularly in trend now. Hurley also took part in the challenge in which she posted a black and White picture of herself. She posed for it by leaning forward, while her long and straight hair went down her cheeks to cover he breasts.

She captioned the pictures by stating that silly challenges are going on Instagram now a days. However, according to her the black and white challenge is a sweet one. The sultry look she gave through her eyes and her gorgeous mascara made the photograph more slaying.

However, the reason behind posting this photograph was to support the campaign that originated in Turkey, #womansupportingwoman. Many other actresses, Maisei Smith, Victoria Beckham and Reese Witherspoon have also took part in this campaign and has left no stone unturn to make it successful.

Bring it on thunder, lightening & rain: my garden needs you 😉 #droughtinherefordshire

And fans have always come up with a lot of appreciation, specially for this 60’s inspired black and white looks. There have been numerous comments on the posts. Some also referred Hurley as a Baby doll. While some other praised her look and the way she posed for the picture. And some couldn’t get their eyes off the extremely hot lady.

Iggy Azalea has worked hard to get back her bikini body just a month after giving birth! Check it out.
Brian McKnight confirms the fact about his friend Justin Timberlake and Jessica Biel’s newborn baby! It’s official!