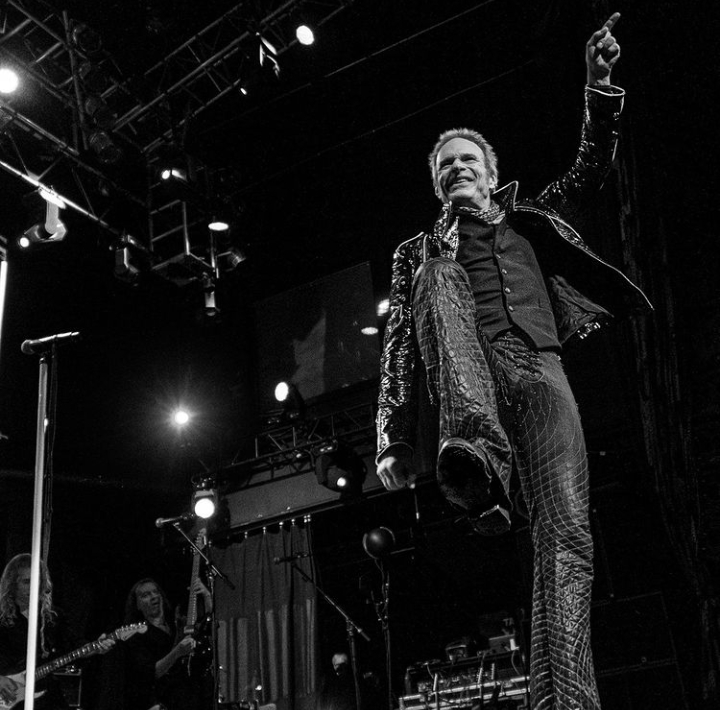 David Lee Roth Will Be “Throwing In The Shoes” Very Soon

David Lee Roth, an American rock-music legend has announced his retirement recently. It obviously has shocked the fans. However, he never explained his reasons but has ‘kept it in the safe’. But he will finish his last five concerts held in House of Blues Mandalay Bay, Las Vegas.

There are many reasons which are made up, but the real reason was not revealed. The 67 year old singer also contemplated about the death of his dear friend and classmate. He also confirmed that this will be his last and only announcement to the world.

However, in 2006 their North American tour was considered as the highest grossing in the history. Later he was inducted in Rock and Roll Hall Of Fame as a member of Van Halen.

And his love for the band is still at peak, which no one can disagree.

See also  Iggy Azalea has worked hard to get back her bikini body just a month after giving birth! Check it out.

Roth gave his announcement for a review-journal. His speech was so different and no extra talks. He kept his reasons hidden and short.

His announcement included about his retirement and reasons were barely opened up. But his retirement came up after one year of his band mate’s demise. Van Halen’s founder Eddie Van Halen passed away at 65 due to cancer.

Roth felt that life is short and that he had very short time to live. So he thought to live up a retired life. He even thought that he would be the one who leaves first. But the outcome was totally different. His doctors too compelled him to stay away from the stage due to health reasons.

See also  Everlasting love story of Patrick Swayze and Lisa Niemi!! All you need to know before watching "I AM PATRICK SWAYZE"!!

Now that time has come, as the legend retires from his world. Fans can bid farewell to the vocalist in January in the final concert.