Blue Ivy Carter is soaking in her first GRAMMY win! Beyoncé took to Instagram on Wednesday to share a video recap of her 2021 GRAMMY Awards experience, which included showing how she and JAY-Z’s 9-year-old daughter commended winning the Best Music Video GRAMMY for “Brown Skin Girl.”

Blue is highlighted both in the vocals for the song, on which she composed a verse and in the music video close by her mother. “Brown Skin Girl” was initially included on the soundtrack for Disney’s true-to-life 2019 revamp of The Lion King, which Beyoncé curated. The music video was made for Beyoncé’s 2020 Disney+ film, Black Is King. In the pic, Blue, brandishing a crown on her head and an amazing look all over, looks straight into the camera as she holds the trophy sideways to drink out of it with a straw. Another shot of Blue shows her gladly holding up the GRAMMY as she grins for the camera. 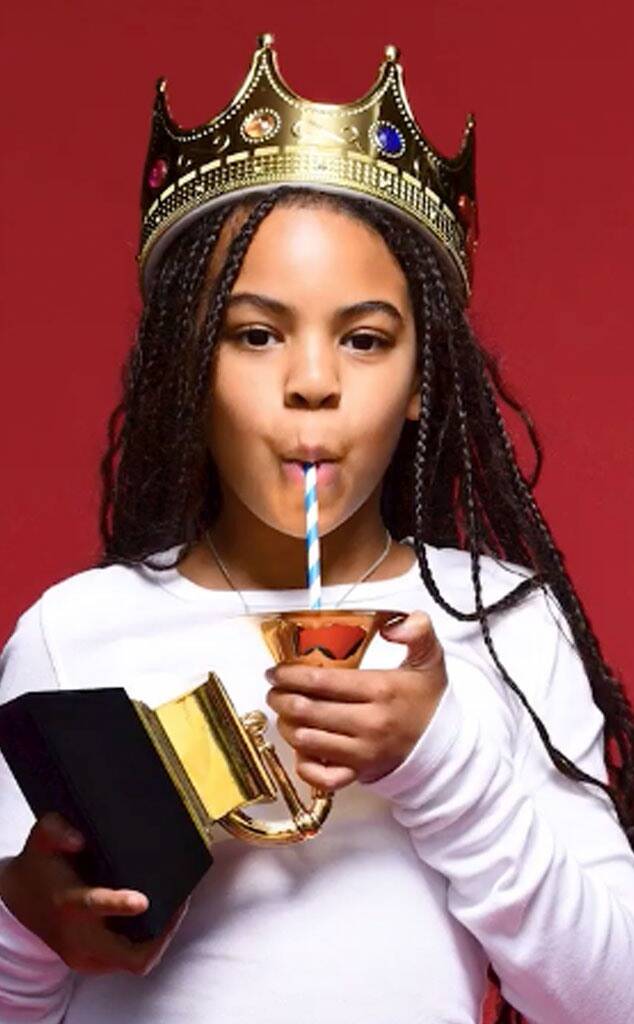 The video additionally included a clip of Beyoncé tolerating the honor for Best R&B Performance for “Black Parade.” That GRAMMY win was Beyoncé’s 28th and made her the female craftsman with the most trophies. “As a craftsman, I trust it’s my work and the entirety of our responsibilities to mirror the occasions. Also, it’s been a particularly troublesome time,” she said. “So I needed to elevate, support, commend the entirety of the wonderful Black sovereigns and kings that keep on motivating me and move the entire world.”

Likewise in the clip, Beyoncé shared pics of her experience in front of an audience with Megan Thee Stallion. The pair won two awards, Best Rap Song and Best Rap Performance, for their “Savage Remix” hit. Follow us for more news!