Boston news anchor Alaina Pinto revealed on Thursday through her Twitter that she was fired from her role as a morning anchor at WHDH Channel 7 News Boston after doing a cameo in Netflix’s latest movie Hubie Halloween, which inadvertently led to violation of her contract.

Her statement was, “Hi friends! I have some news to share…earlier this week I was let got from 7 News. I am posting this because I want to be open and honest with all of you.” Informing the fans truthfully, she said that last year, she did a cameo in the recently released Netflix movie ‘Hubie Halloween,’ directed by Adam Sandler. The movie wrapped up shoot in Massachusetts in August 2019. 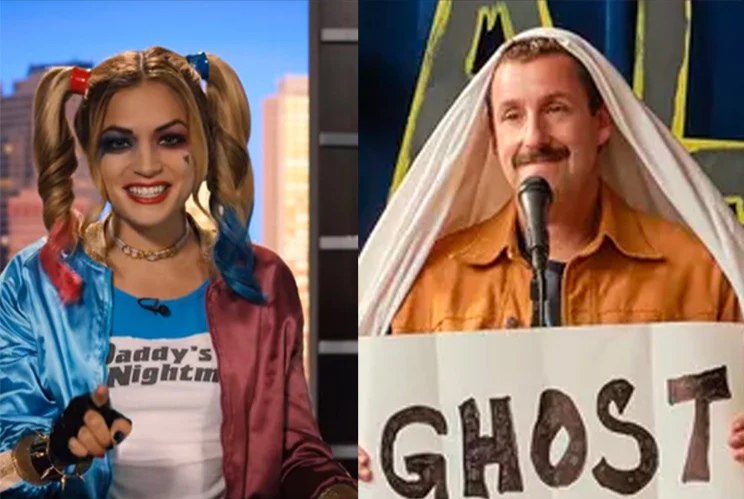 She admits that she mistakenly violated her contract with the station and she understands why management unfortunately decided to terminate her. Expressing her regret, she said that she is deeply disappointed and saddened, and she hoped that would not be how things got evolved.

Pinto also expressed her gratitude towards her colleagues and viewers for supporting her while she worked at the news station. TheWrap reached out to WHDH Channel 7 News for a comment on her termination but no statements have been received so far.

In the movie, Pinto played a news anchor, and the part was shot in Massachusetts. She was dressed up as DC character Harley Quinn, complete with her full getup from 2016’s Suicide Squad and every other member in the fictional channel’s studio dressed up the same way and made jokes about everyone wearing the same thing.

Pinto joined 7News in December 2016 as a traffic reporter and had worked at Fox Local 44 and ABC Local 22 in Burlington, Vt., as a morning news reporter. She had been on air for 7News until early on this month.