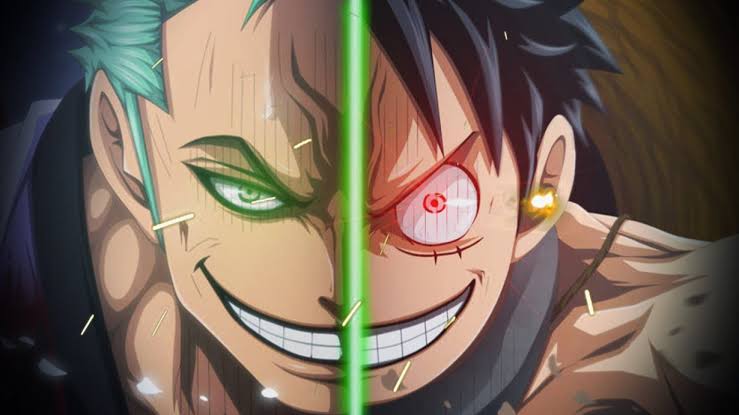 One Piece has officially started its final fight for Wano Country, and Luffy and Zoro have landed in trouble once again as they get dominated by a whole new Devil Fruit power. In this arc, we have seen Luffy face off against some unique enemies from the start, which included three members from the Worst Generation – Basil Hawkins, X. Drake, and Scratchmen Apoo. The fights with Hawkins and X. Drake have been done and dusted, and finally it’s Apoo’s turn to summon his Devil Power to win against Luffy and Zoro.

It’s been a while since chapter 980, the first time we got to see the consequences of the Devil Fruit ability. Apoo specialises in using music as a weapon, and could use his body as an instrument, so when he sees Luffy and Zoro trying to escape after turning the party into a big mess, he launches an attack on the two.

By using his teeth as piano keys, his face as cymbals, and beating his chest, he was able to produce some “fighting music” and was able to attack Luffy. He uses “Scratch Bop” against Luffy, and Luffy gets boxed in the face with sound waves. Without wasting time, he cries “Slash” and the same sound waves cut Zoro’s chest without Apoo having to land a single blow.

Realizing that they couldn’t stand a chance against him, the two take off, but Apoo wasn’t able to give up and said that they were still in his range. This means he could do even more long-range attacks. Eustass Kid had to step in with a surprise attack so that Luffy and Zoro could escape. But we can guarantee that Apoo has more tricks up his sleeve. We will be seeing it soon enough.

‘Is It Wrong to Try to Pick Up Girls in a Dungeon’ Season 3 will too Bear the Brunt of COVID-19
The Season 3 of the Famous Anime Series ‘Black Clover’ has Left Fans Wanting for More, Anticipating for Season 4 More Vigorously