‘Shikimori Not Just A Cutie’ Premiere Date Reveals with w Big Surprise for Fans! Details Below 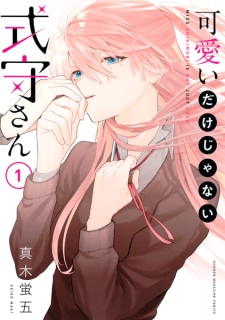 A brand new character to simp over is here. All the people just be ready for the ‘coolest girlfriend to be seen as an anime character. The show ‘coolest girlfriend’ is going to come on a Japanese TV screen in 2022 as an adaptation to the manga series ‘Shikimori Not Just a Cutie’. Meanwhile, the show has got a release month for now, along with the introduction to who will be seen in the main character.

More details about the series

The lead actors will be voiced by major superstars. Our Shikimori will be voiced by Saori Onishi. And with no doubt she herself is much more than just a cutie. She is also seen in the series, Is It Wrong to Try to Pick up Girls in a Dungeon as Ais Wallenstein. Meanwhile, in the role of boyfriend we have Shuichiro Umeda who is also seen as Makoto in The World Ends with You. Both the actors have their own fanbase. And are loved all over the world.

Ryota Ito who is also the director of My Senpai is Annoying, is the director of Shikimori Not Just a Girlfriend. Along with him we have Shohei Yamanaka who has also directed Dropout Idol Fruit Tart. Yoshimi Narita will be joining them as sub-director. And finally, Ai Kikuchi is the one who will be drawing the characters. And he is the one who will be giving life to the characters. You have also seen his work in How Heavy is dumbbells you lift.

The journey of the manga has been very interesting indeed. The series started off as a Twitter series but soon it gained so much popularity with having almost millions of likes. Therefore the series was soon adapted officially as TV series. You will be seeing the series on October 27, 2021.

Previous article
Embrace Yourself as ‘On My Block’ will soon be coming on Netflix with season 4
Next article
Call Of Duty: Warzone – What We Can Expect to Arrive in Season 6